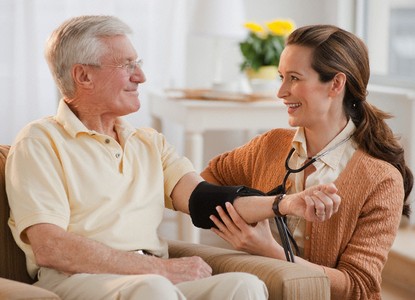 Update on news and transactions in the Healthcare and Education sectors as well as a thought-piece on developments within the UK homecare market.

Sink or swim for UK homecare?

Many may recall the days of Who Wants to be Millionaire and the jovial tone of host, Chris Tarrant. Few contestants reached the back-end of the fifteen-question challenge, however many relied on the three lifelines available in quest of the million-pound prize. One such lifeline has just been extended to Allied Healthcare, a prominent UK provider of in-home care for the elderly, as it battles falling profitability. The company, which has almost 9,000 employees and cares for 13,500 people across the UK, has negotiated a business rescue package with creditors, allowing it to continue to operate.

Owned by private equity firm, Aurelius, Allied has been impacted by government-generated cost rises in the homecare market. These have included spiralling wage costs after the introduction of the National Living Wage that has led to staff costs at the company to rise by £65,000 a week. Late payments from local authorities due to severe national funding cuts and wafer-thin budgets have brought the issue to boiling point.

Allied Healthcare is far from the industry’s black sheep as many homecare providers in the UK face bankruptcy and are pulling out of unprofitable contracts. Of the c.2,500 homecare companies in the UK, 25% were at risk of insolvency with 69 shutting down in the first three months of 2017 alone, according to the Opus Research Report 2017. This is particularly alarming given that the ‘over 65 age group’ is expected to rise to from 18% to more than 20% of the UK population by 2024. In simple demand and supply terms, the industry is facing a structural crisis.

Until the 1970s home nursing care for the elderly was almost entirely managed and funded by the government, however it became one of the first areas of the healthcare service to be privatised. Today, it is estimated that 95% of publicly-funded contract hours in England are outsourced to for-profit independent service providers such as Allied Healthcare. Despite taking control of the supply side of the market, many independent homecare providers still rely heavily on public sector commissioning decisions, with only a fraction of the market financed privately by care recipients or their families.

In stark contrast to government-funded homecare providers, the privately funded market remains buoyant. Homecare contract prices are typically higher than the rock-bottom rates that many councils pay, and companies serving the private market, such as City & County Healthcare and Helping Hands, remain profitable.

The Chancellor has recently announced £2bn of funding for social care over the next three years, along with a Green Paper on long-term financing to address rising care demands. Hopefully this is a step in the right direction.

One of the critical issues is that homecare remains one of the most fragmented markets in social care. The ten largest providers combined comprise only 16% of the market, with only a handful of assets in the multi-million-pound range. So long as the market lacks consolidation, publicly-funded homecare service providers will have little bargaining power in negotiating contracts and will continue battling to place pressure on the exchequer to raise local budgets.

However, signs of sector M&A are emerging. French outsourcing company Sodexo has expanded into the UK’s homecare market and Cera, a digital start-up dubbed the “Uber for carers”, has raised funding to acquire failing providers and move their patients and carers onto its digital platform.

It will be interesting to see how the industry develops over the short term. Will consolidation result in the required fiscal spending on homecare, or will there be a structural reform towards a purely privately-funded homecare market? You don’t need to phone a friend to realise that, either way, the growing elderly population need to be looked after.

Apposite Capital has acquired Prime Health Diagnostics Limited, the UK-based provider of healthcare and fitness services, for an undisclosed consideration

Semperian PPP Investment Partners Limited has acquired a 50% stake in NHS Fife, the UK-based provider of healthcare services, for a cash consideration of £43m

WestBridge Capital LLP, the UK-based private equity firm, along with the management of AJM Mobility Limited, the UK-based provider of mobility and equipment solutions, have acquired the company in a management buyout transaction, for an undisclosed consideration

LDC Limited, the UK-based mid-market private equity firm, along with the management of FC Business Intelligence Ltd (FCBI), the UK-based provider of business intelligence, sponsors conferences and events, have acquired the company in a management buyout transaction for an undisclosed consideration