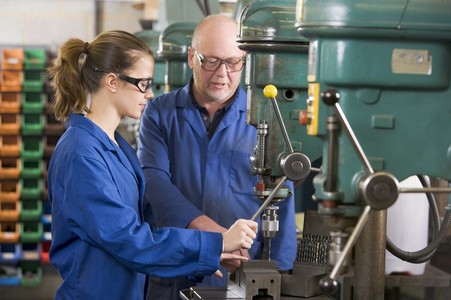 The Government introduced the Apprenticeship Levy in April 2017 with a focus on up-skilling employees at all levels. The Levy requires any company whose salary bill exceeds £3 million each year to spend 0.5% of their payroll bill on apprenticeships or forfeit the money as tax. The purpose is to empower employers to tap into new talent pools and upskill their existing workforce. However, many employers complain that the Levy is too strict and inflexible, which has resulted in £400 million unspent capital in 2018 and a decline in apprenticeship starts from c.500,000 in 2017 to c.375,000 in 2018. Given the decline in apprenticeship numbers and the fervent criticism received from business, it is hard to argue the policy has been a success to date, however unfortunately for those who despise it, the Levy looks set to generate significant revenues to the exchequer, and it is hard to envisage a scenario where the government chooses to scrap it altogether. Instead we must focus on how the Levy can be used to address the challenges that the UK workforce is likely to face in the coming years.

The workplace is evolving at a rapid pace, disrupted by technology and social change. There is continued innovation in virtual reality, artificial intelligence (“AI”), big data analytics and mobile platforms that impact how employees do their jobs. Furthermore, as the UK population ages, the older workforce will be required to work for longer. These two factors have created a need for lifelong learning so employees can keep pace with change and continue to drive productivity in the economy. This is transforming the way employers engage with their employees and help them develop skills in the workplace. In response, the UK corporate training sector is also changing with the increasing use of eLearning. There is a growing trend toward using online tools to deliver more personalised learning and easily-accessible content. In the UK, the landscape has also been influenced by the Government’s emphasis on skills and technology to address the critical skills gap. The digital skills gap could cost the UK £141 billion in GDP growth over the next 10 years. As a result, the Government has committed to spend £700 million on the AI industry and has obtained additional private commitments of £300 million.

Although overall apprenticeship starts have declined, there has been an increase in the number of higher level starts from 3,700 in 2012 to 48,150 in 2018. The higher level starts rose 31.7% in 2018, indicating a trend towards developing more advanced skills through courses, diplomas and degrees. Where universities cannot fill this skills gap, the private sector has to up-skill and re-train its employees to meet the changing demands of the workplace. In the last year the number of US graduates from coding bootcamps increased by 111% to c.16,500 people, showing a growing trend of corporates stepping in to provide the necessary up-skilling. Furthermore, according to a McKinsey survey, 70% of CEO’s in Europe believe they will need to retrain or replace more than a quarter of their workforce by 2023 due to advancing automation and digitisation. The success of coding bootcamps and the concerns of the CEOs highlights the widening rift between the traditional higher education pathway and the skills employers are demanding. A number of innovative training providers have successfully identified the opportunity and have rushed to provide large employers with an effective way to deploy their Levy funds in more highly skilled areas.

Nexus CF are currently speaking to a number of fast-growing training providers who are providing large corporates with high level apprenticeships in areas such as data analytics, leadership, and software development. The courses they provide clearly do not cater to those the government intended to assist; however, they have successfully found a way for large employers to deploy apprenticeship levy funds towards skills shortages they actually face. Political risk abounds, but with Brexit dominating the headlines and little sign of the government repealing the legislation, there remain significant opportunities for nimble firms to capitalise on the unspent Levy.

The apprenticeship market has been shaken up, and it will continue to experience teething problems as employers and the government work out how the Levy can best be used. Firms operating in the industry will need to be able to quickly adapt their products and services to both legislative changes, as well as changing employer and employee requirements. The current competitive landscape is highly fragmented, and there is likely to be consolidation as training providers look to deepen their technology and service offering to meet the demand for personalised online learning solutions. Notable UK deals over the past year include:

• WhiteHat, a London-based technology platform, raised $4 million in seed funding to develop routes into 12-month apprenticeships, including a range of training.